Eye care professionals specialize in understanding how the human eye really works, as well as diseases and conditions that affect your vision – many of which do not have obvious symptoms. Eye doctors know how age and risk factors affect vision over time for young and old, and they understand the benefits and features of corrective lenses including eyeglasses and contacts.

Our optometrist takes the time to explain the results of your eye exam, describe your options and listen to your eye care needs. Because maintaining good eye health is an ongoing partnership, we encourage you to ask questions and share your health information, which could be vital to monitoring, diagnosing and treating potential vision problems.

Meet Our Optometrist in Sarasota, FL: 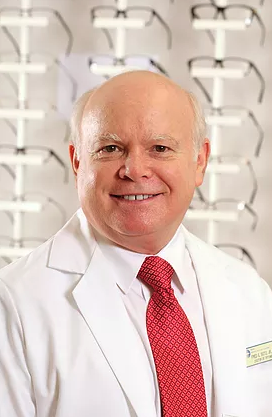 Dr. Soto was born in Tampa, Florida but moved to Sarasota as a child when his father started working for Loewe Optical Company. His father, Fred E. Soto, Sr., would purchase Loewe Optical and change its name to Soto Opticians. Eventually, he owned 9 stores along Florida's west coast, one of which would become Soto Eye Center. Soto, Sr. went on to serve 12 years on the Sarasota City Commission and then become Mayor of Sarasota.

Frederick E. Soto, Jr. graduated from Sarasota High School in 1972. As a sousaphone player in Meredith Wilson’s 1,076 piece marching band, he played at the grand opening of Walt Disney World. He continued this passion at Florida State University where he played in the Marching Chiefs. A highlight was traveling to Amman, Jordan and Damascus, Syria to play for King Hussein of Jordan. He received an Associate of Arts Certificate from FSU in 1974.

He wanted to follow his father's path in the eye industry, however, Soto, Jr. had aspirations to go a step further. He attended the Southern College of Optometry in Memphis, Tennessee. In 1977, he earned a Bachelor of Science degree majoring in biology with a minor in physics and in 1979, a Doctor of Optometry degree. Dr. Soto came back to Sarasota to open his private optometric practice in September 1980.

He lives with his wife and their dog and has one daughter who does international marketing in New York City. 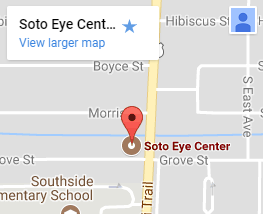